Have fun with Cleveland history!

All of the proceeds of Dennis’ s Lost Cleveland programs will be used to fund the work of the A-T Children’s Project.

Dennis and his wife, Mary, have five beautiful grandchildren. Two of their grandsons (Dylan and Sean) have been diagnosed with ataxia-telangiectasia, more commonly known as A-T.

A-T is an extremely rare, genetic disease. A-T causes progressive loss of muscle control, immune system problems and a high rate of cancer.  Sean is already a cancer survivor. He was treated for B-cell lymphoma when he was 2 years old.

Because A-T is so rare, it gets little attention and even less funding. The A-T Children’s Project (atcp.org) was started to raise funds for research and life improving therapies for children with A-T.

The King of the Moondoggers:

Alan Freed and the Birth of Rock and Roll

Danny Greene and John Nardi tried to muscle in on the Cleveland Mob’s operations. The result was a bloody mob war that left Cleveland with the moniker “Bomb City USA!”

Bloody Corner and Beyond: 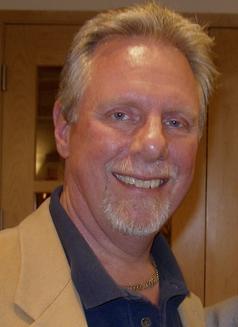 Follow Alan Freed on his journey to Cleveland and beyond as Rock and Roll is being born. Dance at the Moond​og Coronation Ball!  Program includes audio clips from nine early Rock and Roll favorites.

The Prohibition Era was the bloodiest period in Cleveland History.  Try to keep track of the mob hits as rival gangs brutally battle to control the city’s rackets.  Many of the mob leaders didn’t survive the period, a few lived to a ripe old age, and some became respected icons in the community and beyond.